My first ever letter to my EU representatives.

I am writing with deep concern over the potential European Comission regulation of e-cigarettes. I am not a smoker or vaper myself but the love of my life was a very heavy smoker – until January this year.

He’s now 33 years old and tobacco-free for the first time since he was 13 years old. I no longer fear that he will die young. He can run without coughing. He’s happier, healthier and more positive. And he managed to quit his nearly 20-year habit with e-cigarettes.

Not the rubbish skinny things you get at supermarket tobacco counters. Geeky, rebuildable ‘mods’ that you can buy exciting flavours – breakfast cereal, elderflower, Irish cream – for. This is the most important point as far as quitting goes: the 15 men I know who have quit using this method only did so because they became engrossed in the taking-it-apart, fiddling side of it. They swapped flavours, they bought different tanks. They TALKED to each other and helped each other.

I could cry at the idea that they wouldn’t be able to do this anymore. For men quitting in particular, the proposed regulations would kill the enthusiasm that vaping currently engenders. My partner wouldn’t have kept at it if he hadn’t been watching YouTube demonstrations and getting excited about new flavours.

He’s saved hundreds of pounds and become a healthy person again. He’s down to just 3mg of nicotine now (having started at 16mg), through lowering the level gradually. He’s barely dependent on nicotine at all – no fidgeting on long car journeys, no tantrums if he can’t get his fix. It’s incredible that he has done this, but I know so many people with the same story. All of them tried the silly cheap e-cigarettes; all of them failed. Vaping as it exists today has possibly saved the lives of many people I know and love.

Please, please take the time to review this potential ruling in detail. It is inconsistent and dangerous. I can’t bear to think of my future husband returning to smoking because he’s stifled by EU limitations. 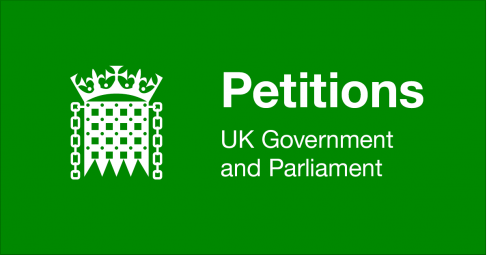 “The European Comission has moved to kill people and businesses by enforcing ridiculous regulations on e-cigarettes as of 2016. Vaping has helped many smokers quit. The regulations have come about from scared citizens with no knowledge asking for the government to do something about it.

“Article 20 of the TPD means that no longer may vapers buy new exciting flavours. Something that helped me quit. They can no longer refill their own tanks. They have to buy cartridges that hold little liquid and produce a very unsatisfactory amount of vapour. If you allow this to take effet many of your population will return to smoking. Teen smoking rates are at their lowest. Vapes are classed as a tobacco product because of nicotine but many of the foods we eat contain it too – for example, tomato.”